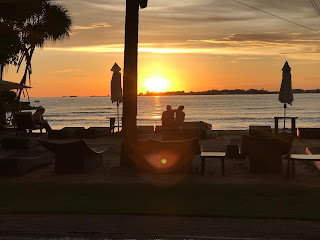 Step out of your vehicle, hear the waves crashing the rocks, step into the lavish premises and before you know you've found paradise. That’s what I felt when I stepped into Coco Bay Unawatuna for the first time during my Christmas vacation. The hotel more like a boutique was standing in a mini bay welcoming us to come and have the most unforgettable holiday experience. As soon as we stepped into the hotel, the staff was very friendly and helpful to us. They welcomed us with a delicious juice and then guided us towards our rooms. We had booked the hotel for two nights Full board and the room was amazing.  We had selected the Sea Escape Deluxe room and it was beautifully furnished with extra king sized double beds, a jacuzzi, a large ocean front balcony with stunning sea and sunset views with day beds and private dining facilities and so goes on the list. A unique moment that inspired me during my stay in the hotel is that the hotel allows you to choose a soap of your choice as well as a pillow of your choice. Every room had a touch of divine luxury and style. During our booking choosing the room was the hardest part as the hotel has a wide range of luxurious room choices allowing us to pick a room to suit our lifestyle and relax in our space. Providing us countless room amenities our stay was surely felt like home sweet home.
After very stressful work lives what we wanted was a relaxing vacation to free ourselves and go away from the hustle and bustle of the Colombo City life. Standing in one of the main tourist attracting cities in the country we expected the hotel to be full of tourists as it’s the Christmas season. Even though the hotel had many tourists thanks to the service provided by the hotel we were able to enjoy a hassle-free vacation.
At Coco-bay Unawatuna unlike in any other resort we were able to enjoy our vacation in our style. It felt more like home even though we were staying at a hotel. Even though it was the peak season when we checked into the hotel the management ensured that no guest is disturbed during their stay. The staff respects privacy and will go above the required to make sure their guests are satisfied. It’s the perfect place to visit to set your mood in the way you want.
A dip in their swimming pool is a must if you are at CocoBay Unawatuna. Feel the ocean breeze and gaze out at the sky while relaxing in the pool and listening to the crystal-clear waves of Unawatuna rumble along the scenic coastline and that’s when you feel yourself relaxing. If you go to CocoBay Unawatuna make sure you experience this.


Coco Bay Beach hotel is one of the best experiences I've ever had, and it was a lifetime lasting vacation that I would never try to forget but crave to return. It will always be my first choice if I travel to Unawatuna again and I will happily recommend anyone to go and experience the genuine hospitality they are ready to shield upon us.
at January 15, 2018 No comments:

Notorious for its pristine beaches and rich culture not to mention mesmerizing sunsets, Unawatuna and its surrounding areas have also become a food lover's paradise and it doesn't stop there. With its buzzing nightlife and divine cocktails, Cocobay Unawatuna takes Unawatuna by a storm. Guests have the option to explore delectable cuisine both inside the hotel and also in vicinity surrounding the premises.

If you are a food lover, be prepared for an experience of a lifetime. With Unawatuna being located by the clear blue waters of the Indian Ocean surrounding it, one can only expect and imagine how ravishing the seafood would be. And we live up to it too. Our "LA MER" beach restaurant gives you the option to indulge in freshly caught seafood with a Mediterranean touch and if you’re feeling a little fancy and want to treat a special someone for the evening this is the place to be. Offering a secluded beach front atmosphere and a truly exotic fine dining experience to all its guests. Even vegans have a wide array of vegetarian options and if attempting to tease your taste buds with Lankan cuisine is what you happen to be in the mood for, you can have it all in this little restaurant which is notorious for being one of the highest rated Unawatuna restaurants.

Aiming to please our guests, we also have the option of a delightful selection of desserts and a variety of coffees for those lazy evenings when all you want to do is lounge by the beach and bring out the inner bookworm in you with a book of your choice. For those looking for a more exciting, fun filled evening, why not relax at our chill out bar and enjoy a glass of wine or even something stronger. Wines, Spirits, beers and cocktails, you name it; we've got it and our bartenders have the knack of mixing up a variety of cocktails at your request. Offering both an indoor and outdoor venue, Unawatuna's premier lounge bar "Chill out" serves the best in drinks and light bites providing a more chilled out, laid back atmosphere for those days you really want to spend your evenings simply forgetting every care in the world.

Nestled between Unawatuna and Galle; some of our guests even consider it their very own private island. Even Breakfasts comprise of a massive spread of omelets, freshly made waffles, cereal, bread baskets and homemade pastries with fresh jams. Can anything sound like a better start to the day; I think not! Our friendly and welcoming staff are only too eager to meet your requests and even food restrictions and diet preferences can be catered for one request. But believe me, when I say that we truly do have something for everyone. We at Coco Bay look forward to having and treating our guest like royalty and can’t wait to see you on our very own private Island soon. You will be spoilt for choice and definitely not regret your beach side vacation this December!
at January 15, 2018 No comments:


For the past couple of days, it’s been a bit lazy for us as we relaxed in the Unawatuna beach and ate and drank…and ate and drank. Don’t get me wrong, it’s perfect. I get to eat the most delicious food and stay in a fantastic room (thanks, Cocobay Unawatuna). But most of all, I get to hang out with my closest friends and not go back to all the obligations and responsibilities of life, at least temporarily. Being able to actually step outside to pretty much paradise was more than I had asked for when I first started booking flight tickets to escape the gray, boring office life.

However, after my friends and I had gorged ourselves and were swollen with food last night, we came to the conclusion that it’s been a bit too relaxed lately and if we’re not careful, we might just waste away the holidays by just loafing around. One of them suggested we go snorkeling the next day and we were all immediately on-board!

But as I woke up today, I felt a little rush of adrenaline from excitement and fear. I was more nervous than I had expected. I still wanted to go snorkeling though! I’ve never tried it before and I know that I’ll be blown away by the beauty of what the sea has to offer. I’ve seen meteor showers and the Northern Lights so I’ve got the sky related bucket list items covered, but never have I seen anything under the sea in person! And for some odd reason, I never really gave a thought about it either. Until today.

So after we had much lighter meals than our usual monstrous amount (by our standards anyway), we left the hotel and took a tuk-tuk to a Diving School. The tuk-tuk rides never get old for me! Before we knew it, we had already arrived at our destination. The adrenaline rush came back but I tried to ignore it, and we all stepped in. The diving team were a friendly bunch and after a little chit-chat, they started explaining the equipment, the dos and don’ts as well as some useful tips. One of my friends noticed that I was a little troubled and calmed me down. The instructor joined in as well and after some pep-talk, my fear had subsided. We geared up and then went off to explore the undersea.

At this point, I was filled with a lot of excitement. I was glad that the fear had gone away but now I just wanted to get in the water as soon as possible! When we finally got in the water, I did some final breathing exercises, dipped my head in the water and then it happened. I was blown away. The colorful coral reefs were beyond beautiful and the blue, clear water itself looked magical. I already saw about six varieties of fish just after a few seconds in the water and as the more time passed, the more I found myself being entranced by this gorgeous aquatic world. I couldn’t believe I was actually scared to try this earlier! I saw everyone swimming by with amazed looks on their faces. One of them was frantically pointing to every single fish in excitement and it took all my effort not to burst out laughing! Around fifteen minutes later, everyone had calmed down, took in the sights and a couple of them were taking photos. There were barracudas, parrot fish, eels, a few scuttling crabs and I got lucky and even saw a turtle swim by.

The 45 minute snorkeling experience went by in a flash. We climbed back into the boat, sat in awe for a few minutes and chattered away all the way back to Cocobay Unawatuna about the undersea wonderland. I’ll definitely be trying this again and I highly recommend you to try it too! 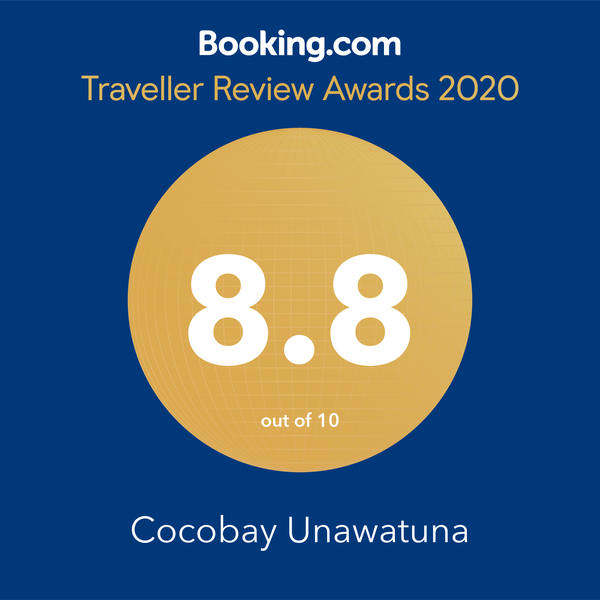 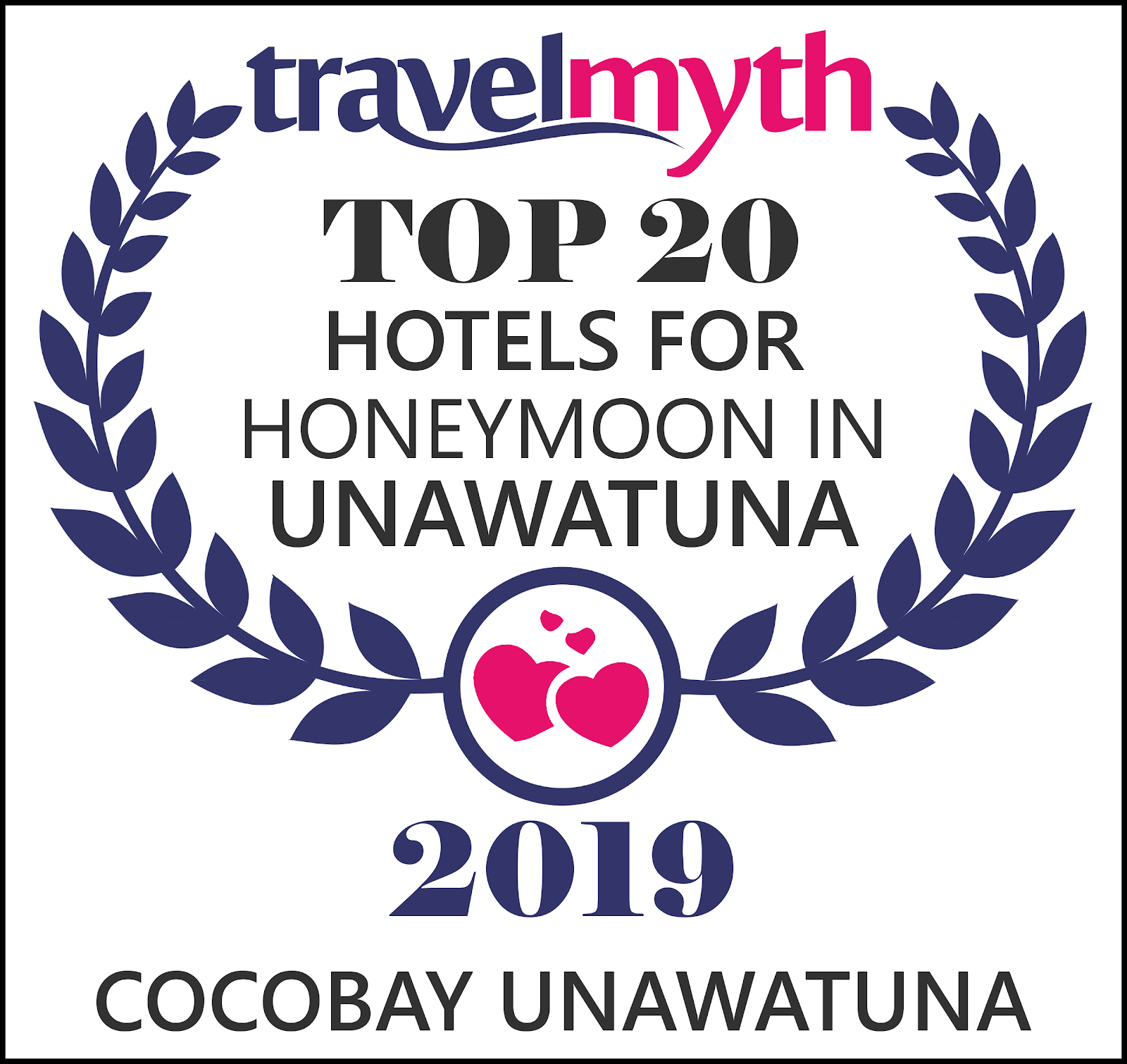 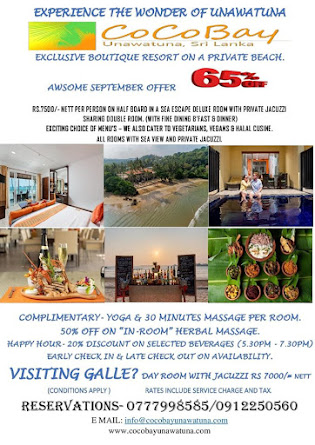 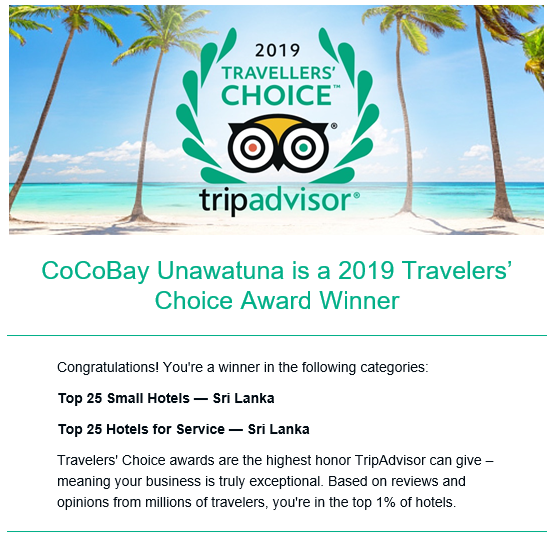 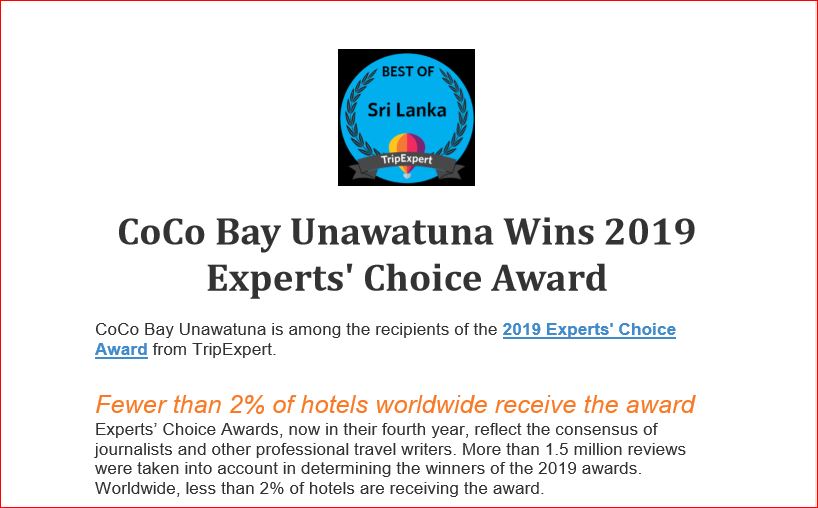 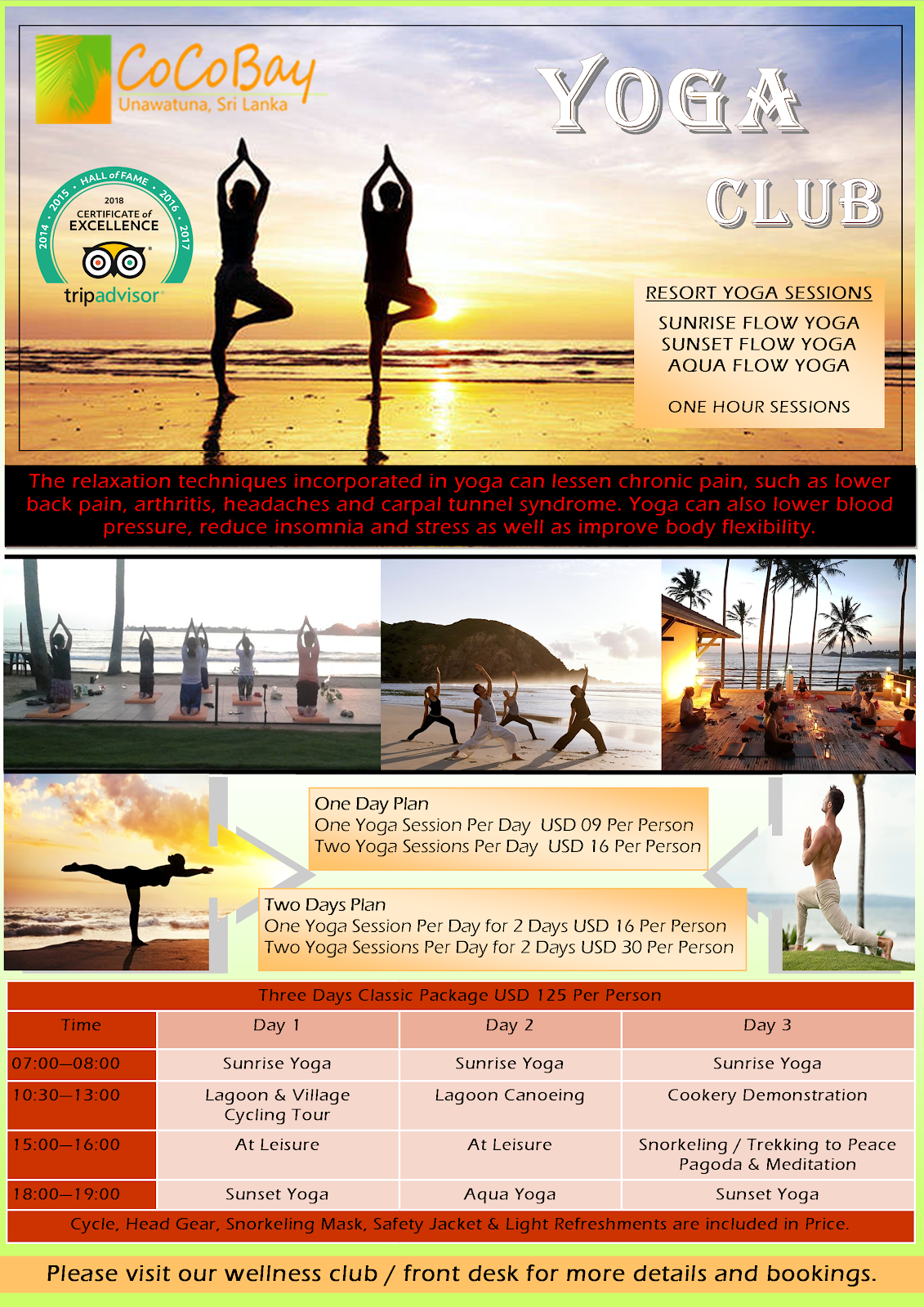 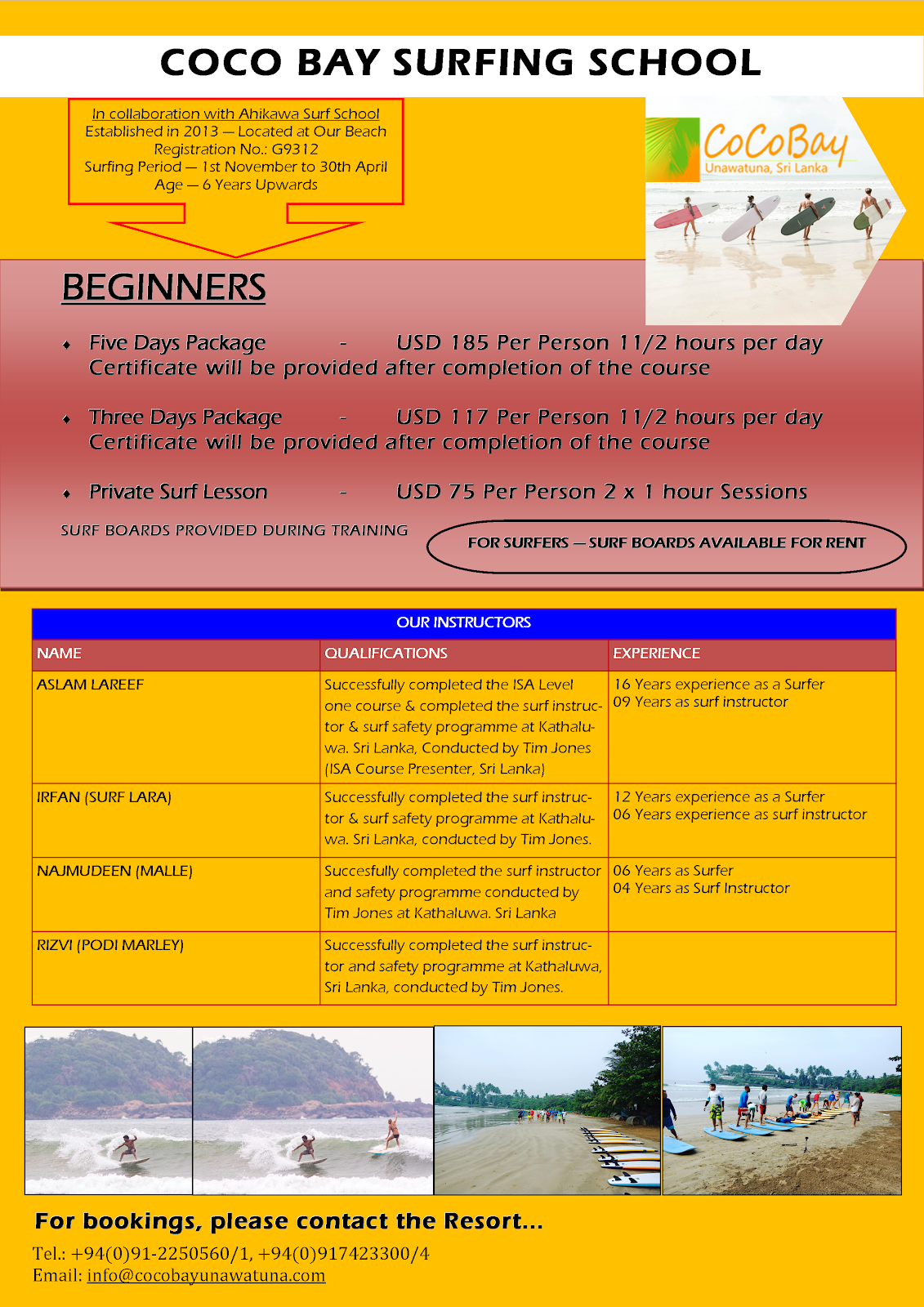 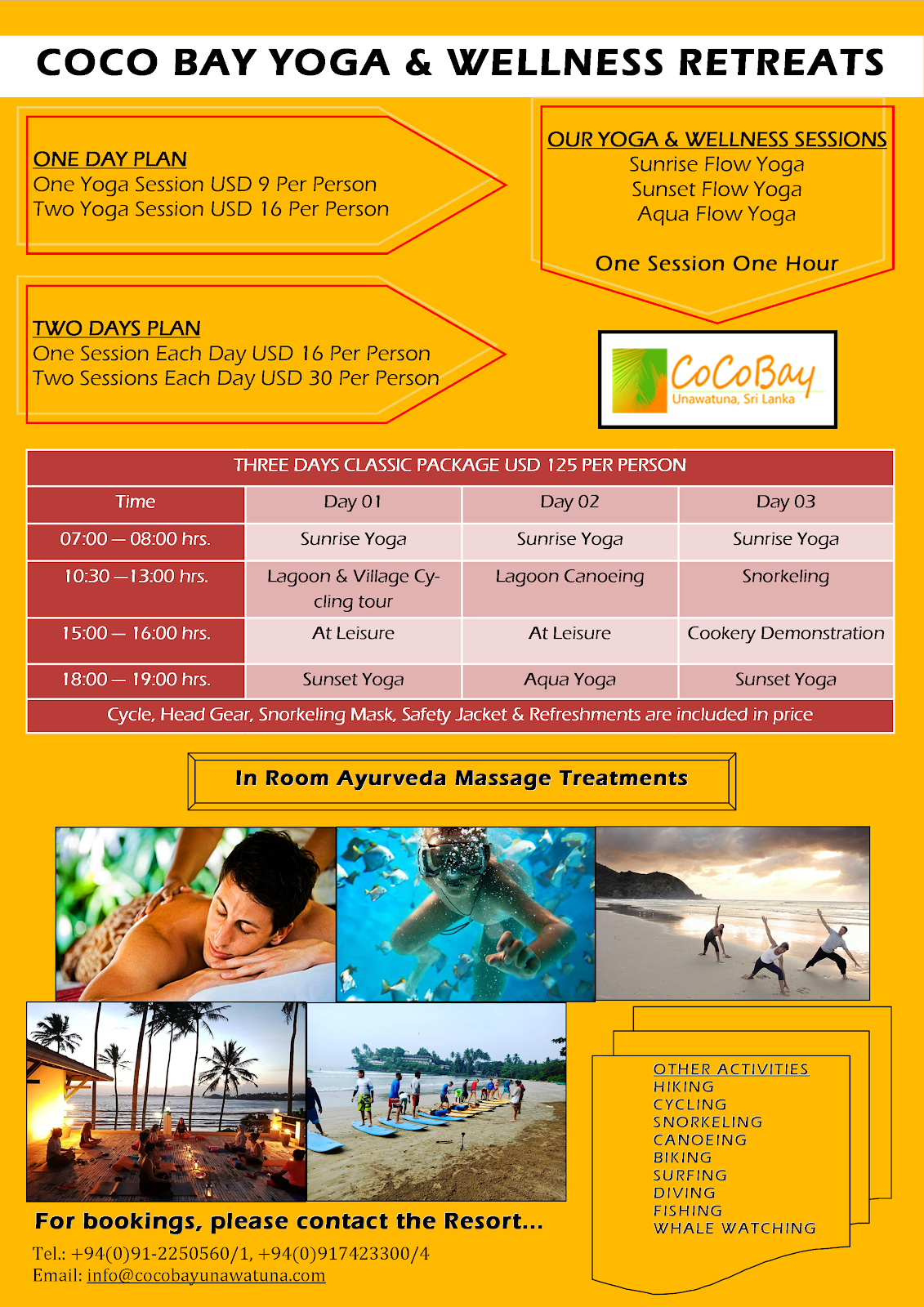 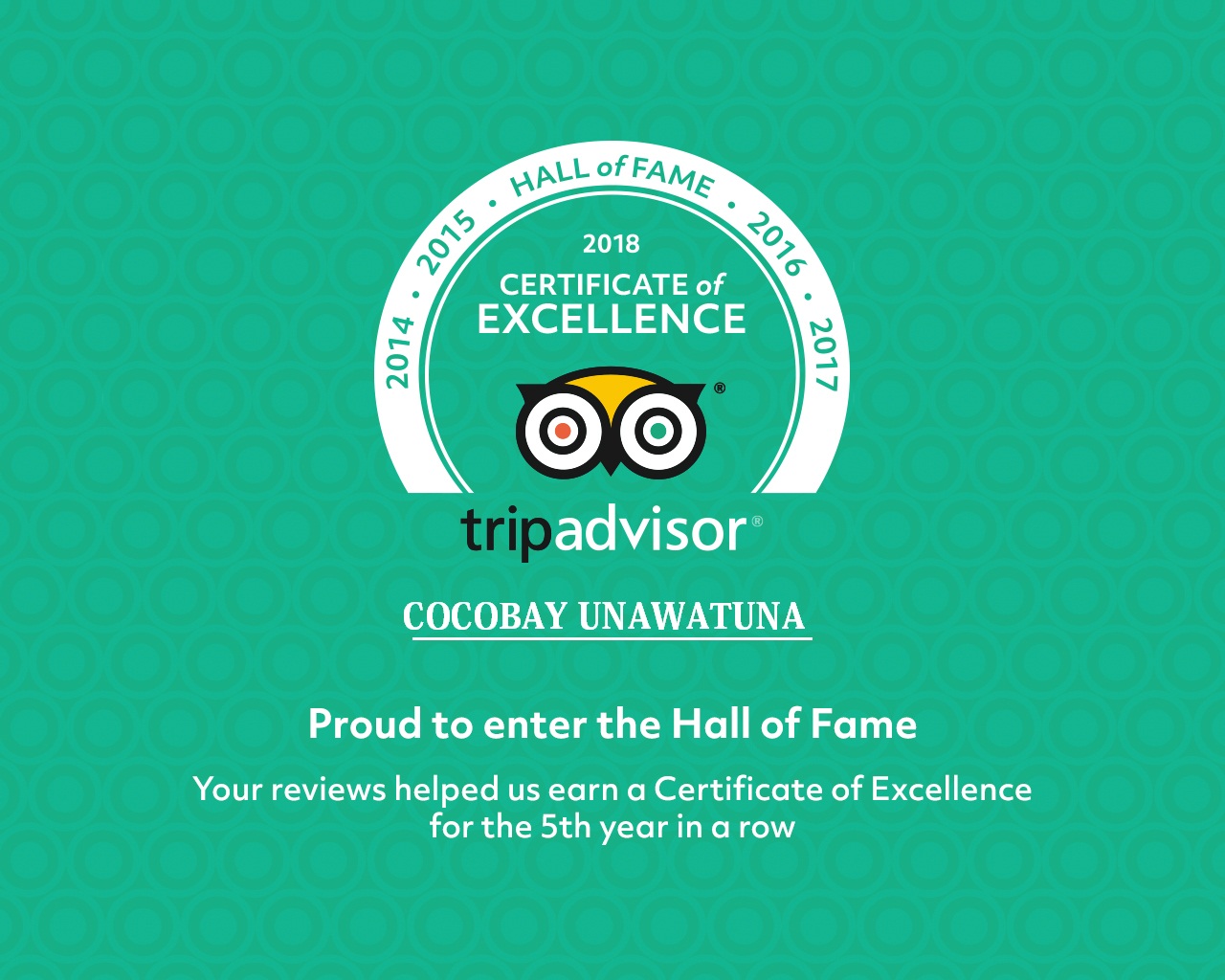 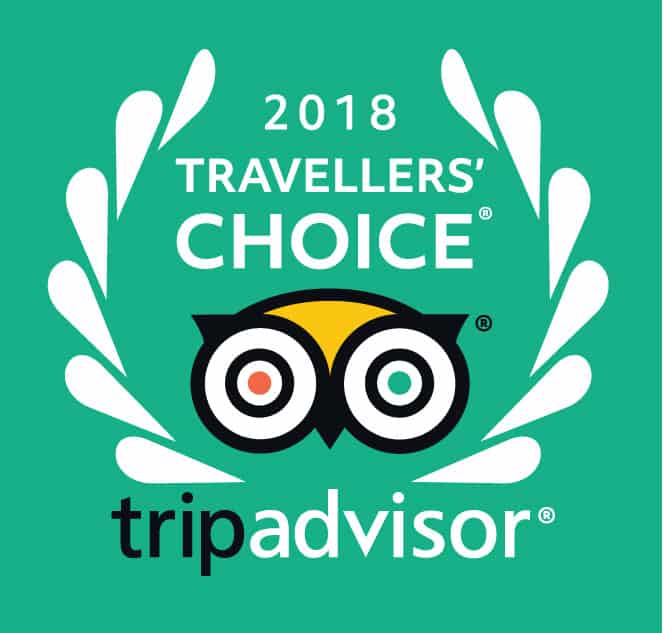 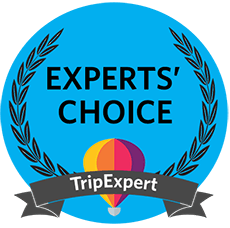 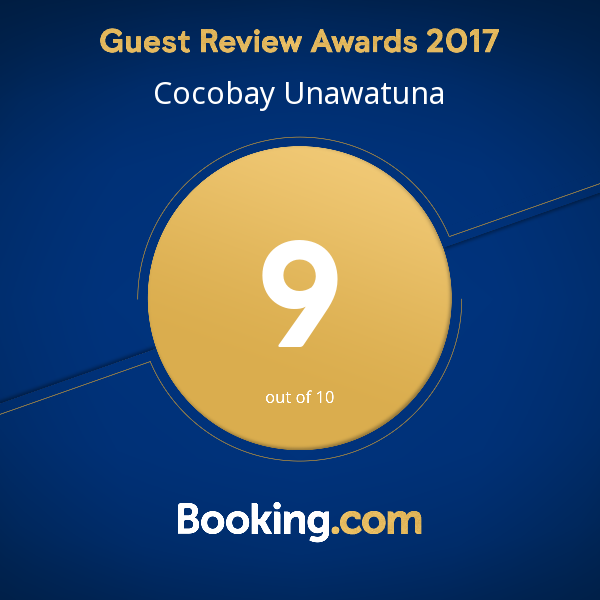 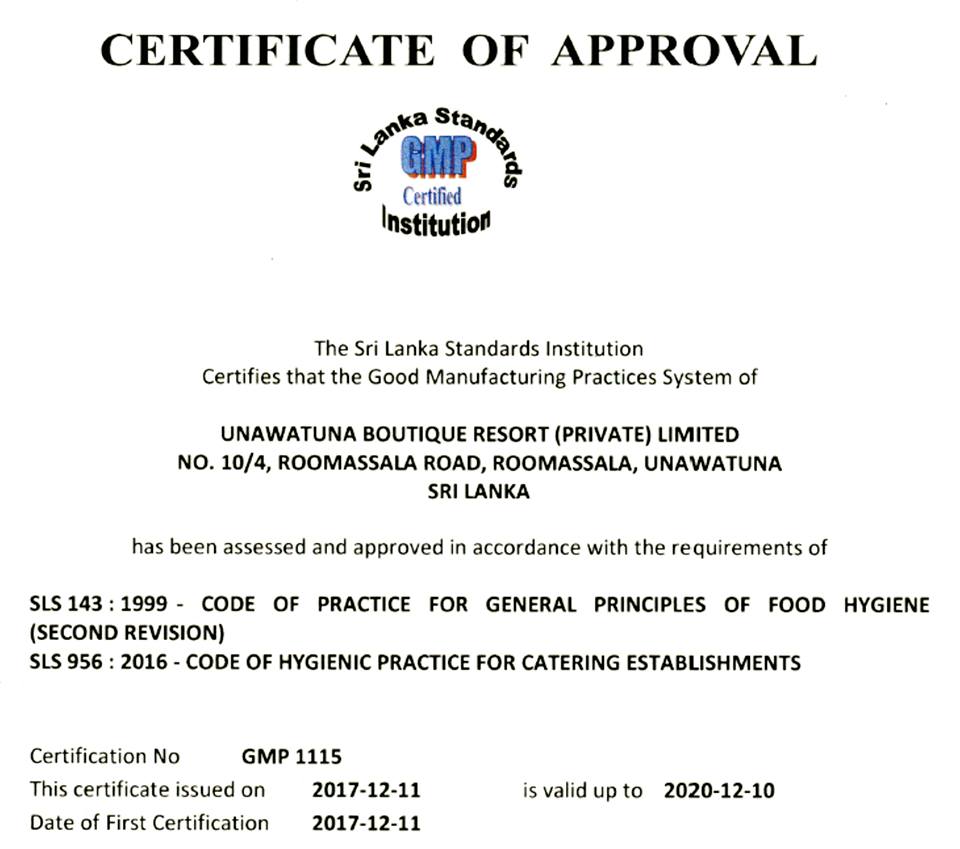 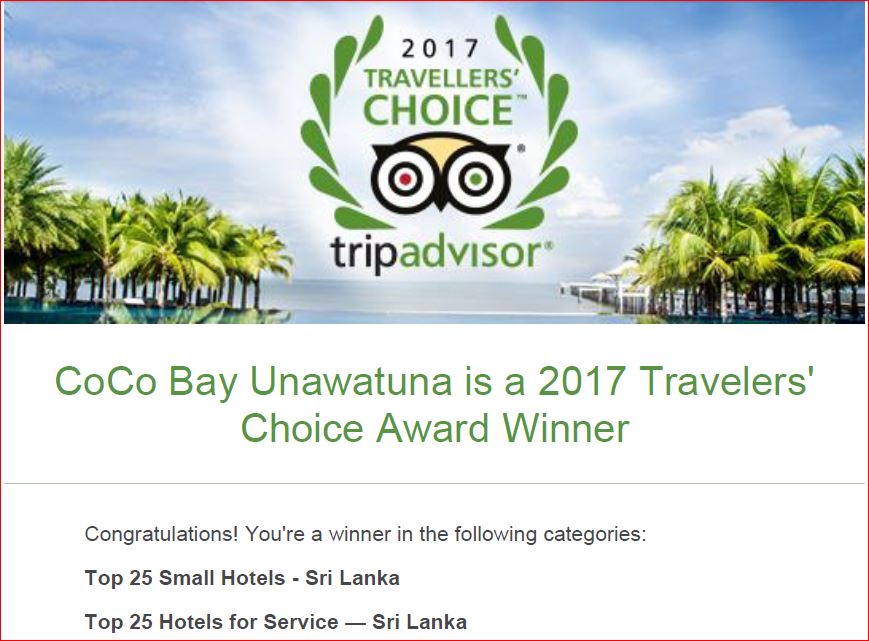 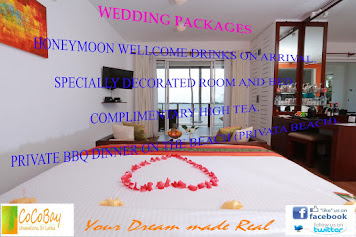 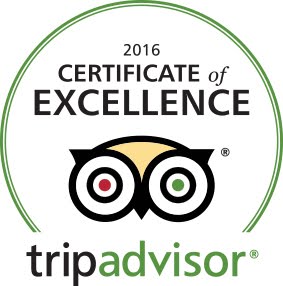 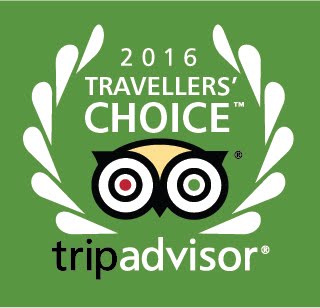 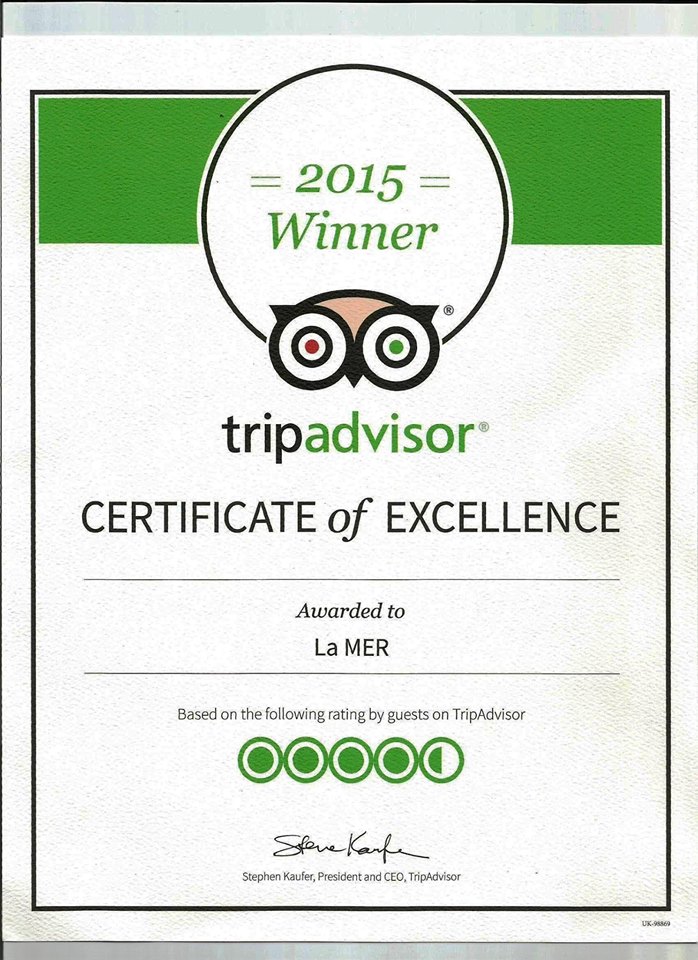 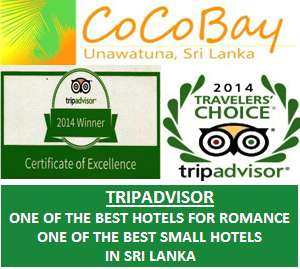 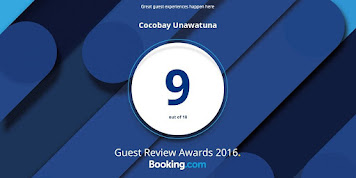 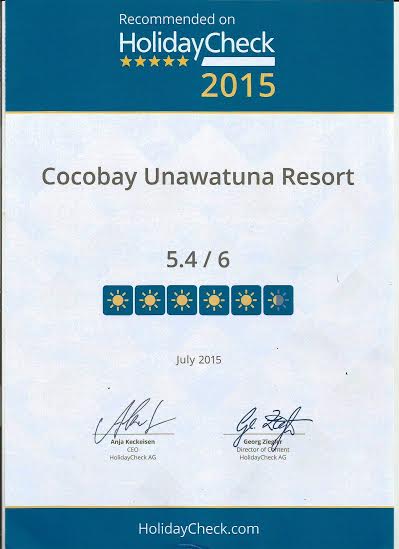